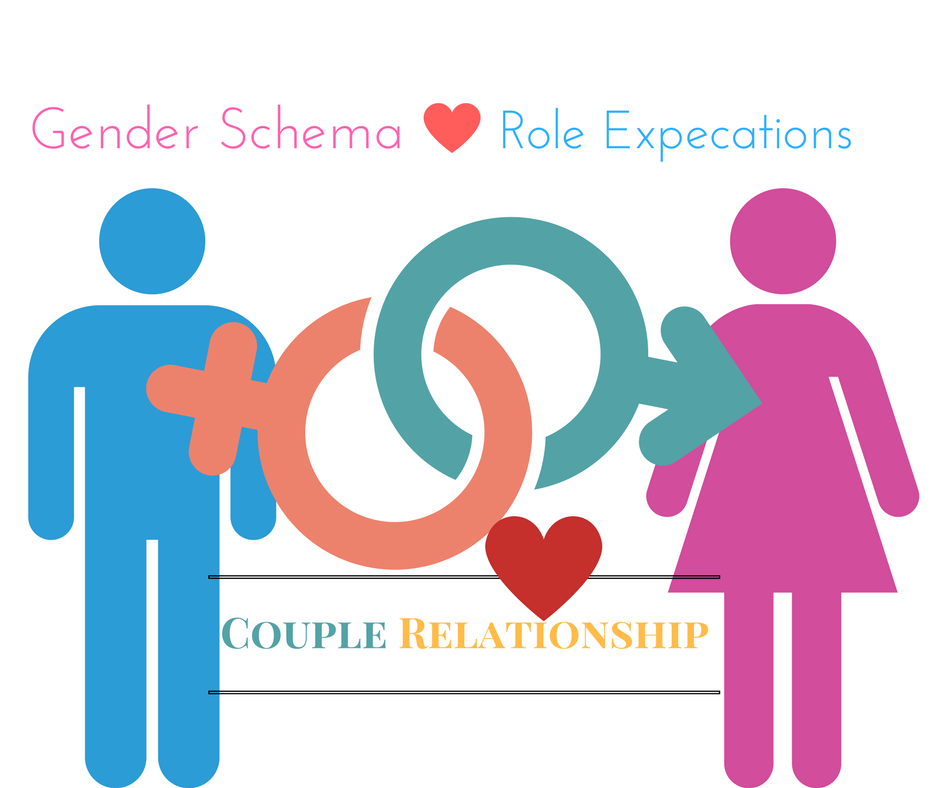 So, I hope that you have done the exercise from the previous entry and learned to connect your gender schema with your current belief, behaviors, values, and emotions about male and female roles.

So, how do this connect with the couple’s relationship? It is all about EXPECTATION.

For example, one of the common phrases I heard in the couple’s therapy is:
“Isn’t it normal to expect your partner to do this?”

To be honest, I am not sure what’s normal, but I am very sure it is normal because that’s your experience growing up watching your male/female role models doing in the relationship.

Let me tell you a funny story. When I was in Taiwan earlier this year, my mom complained to me that my brother didn’t carry things for his girlfriend. I burst into a big laugh right away and told her: “But you are the one who always carried tons of stuff when our family goes out since we were little!”

So, guess what! My mom raised a son who expected his girlfriend to carry things on her own because my mom modeled that!

In our day-to-day life, we have a lot of expectations about the role as a male or a female and these expectations plays out unconsciously. When they contradict each other in the relationship without clearly communicate, we started to accumulate disappointment, frustration, and possibly resentment if it continues for a long time.

Many years ago, I worked with a couple, and the gender role expectation played an important role in their communication. The husband grew up in a single-mother household, and he never learned all the “man behaviors” (according to him). He expressed that he didn’t know how to fix the appliances, the car, or the windows in the household. On the other hand, the wife grew up in the single father household, and she was very good at these “man behaviors.” During the counseling session, he expressed the resentment towards her and her father because “they looked down on me because I didn’t know how to do these things.” The wife was in shock and expressed that she never felt that way. The husband argued that she always just took the tools, sighed, and started fix what needed to be fixed. The husband was very sure her “sigh” was the evidence that she looked down on him because he didn’t know how to do those things. The wife was shocked to hear that and explained to him about her frustration with so many things in the household needed to be fixed but had nothing to do with him.

As we dig deeper, the husband’s frustration was not connected to his frustration with his own father’s lack of involvement in his life. The husband had certain EXPECTATIONS about “male behaviors” and was disappointed in himself for not reaching it. Even though the wife didn’t have the same expectation, her ability to handle these “man behaviors” became a trigger to his emotions.

How do you communicate with your partner? Just stay curious and ask.

I would like to hear from you about your findings of your expectations and how it plays out in your relationship. Share with us your experiences.