Which role do you play, victim, persecutor, or rescuer?—Drama Triangle Introduction 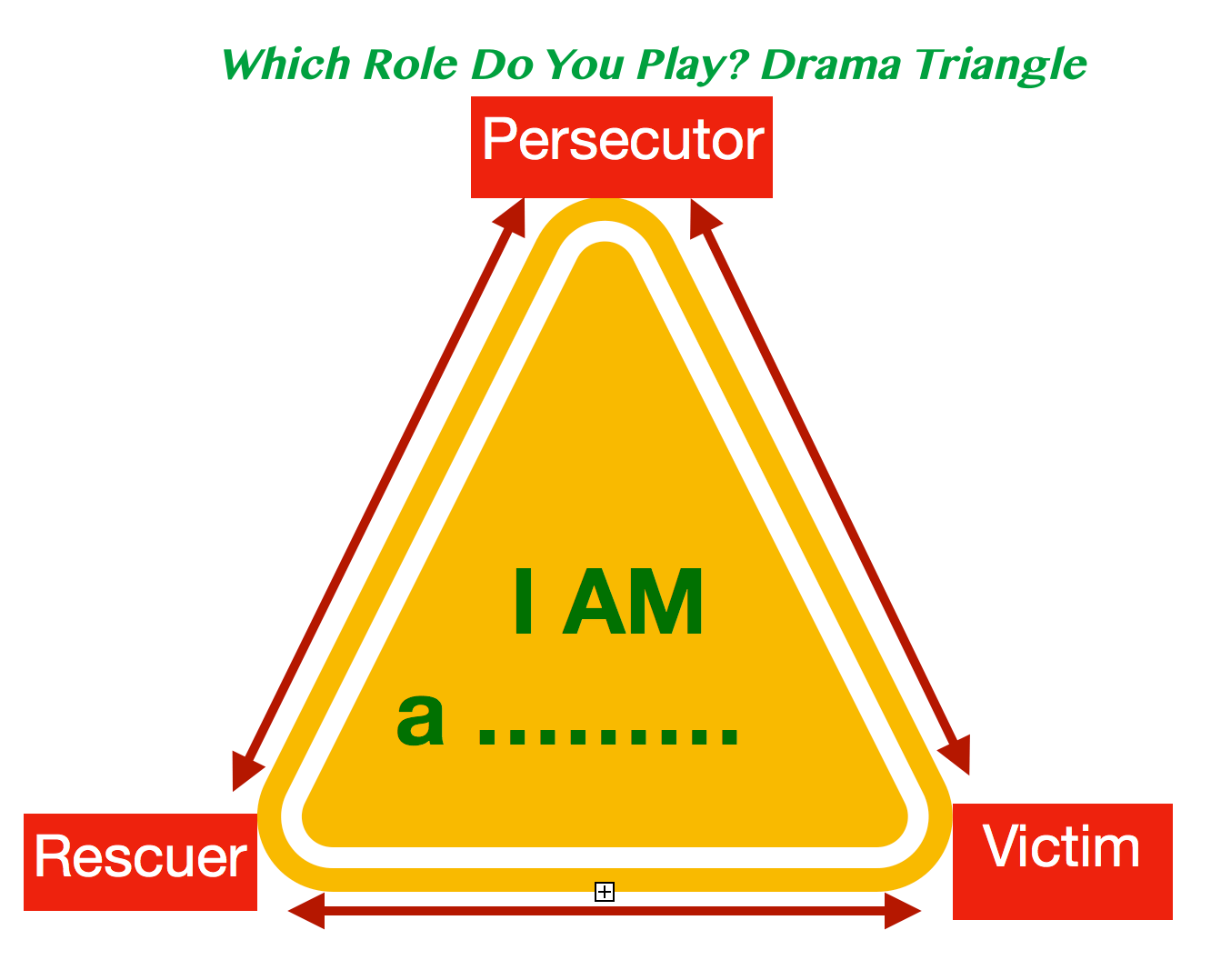 Have you ever felt that like a victim and being taken advantage all the time?

Have you ever felt like a firefighter and continuously putting out other people’s fire and rescue people around you all the time?

Have you ever felt so angry and frustrated that you want to criticize the other people’s behaviors all the time?

If you do, you might be falling into the drama triangle without knowing it.

Dr. Stephen Karpman developed the theory of drama triangle based on Dr. Eric Bern’s Transactional Analysis theory (TA). Transactional Analysis theory is commonly known by the idea of “I am OK. You are OK.” When I was a young clinician, I was very interested in the TA’s Script ideas and communication (or “games we play”) in the relationship. I was cleaning my overflowing bookshelf over the weekend, and my old TA books caught my attention. As I picked up the books to reread them (in the middle of my living room with my overflowing books that are still sitting on the floor), I realized the significant impact of this theory have the effect on my practice and very useful in the interpersonal and couple relationship.

In the drama triangle, we, anyone of us, rotate through the role of persecutor, victim, or rescuer, in our interaction with other people. So, anyone one of us can be a victim, a persecutor, or a rescuer. What are those three roles?

Victim: When a person falls into the role of a “victim,” he/she often feels “why me?” and often attached to “I didn’t do anything wrong, but I got all the blame or trouble in the relationship.”

Persecutor: When a person falls into the role of a persecutor, he/she pointed the fingers to others. “It’s all your fault and if you could have…..” is the commonly heard sentence from a persecutor’s mouth. It is someone else’ doing that caused his/her in the current situation.

We all play all three of the above roles in our daily life. For example, anyone of us can land a hand and to rescue anyone daily. We can also be the persecutor to criticize someone’s behaviors at a certain point in our lives. We can even feel like a victim to be blamed for something that is not our responsibilities.

In the next section (Drama Triangle for Personal Insight/Awareness), I will talk more about how we can use the drama triangle to help ourselves.

Extended Readings:
Wikipedia does a good job to describe the Drama Triangle Theory and the three roles. Here is another article if you want to read in detail from Dr. Karpman’s original work.