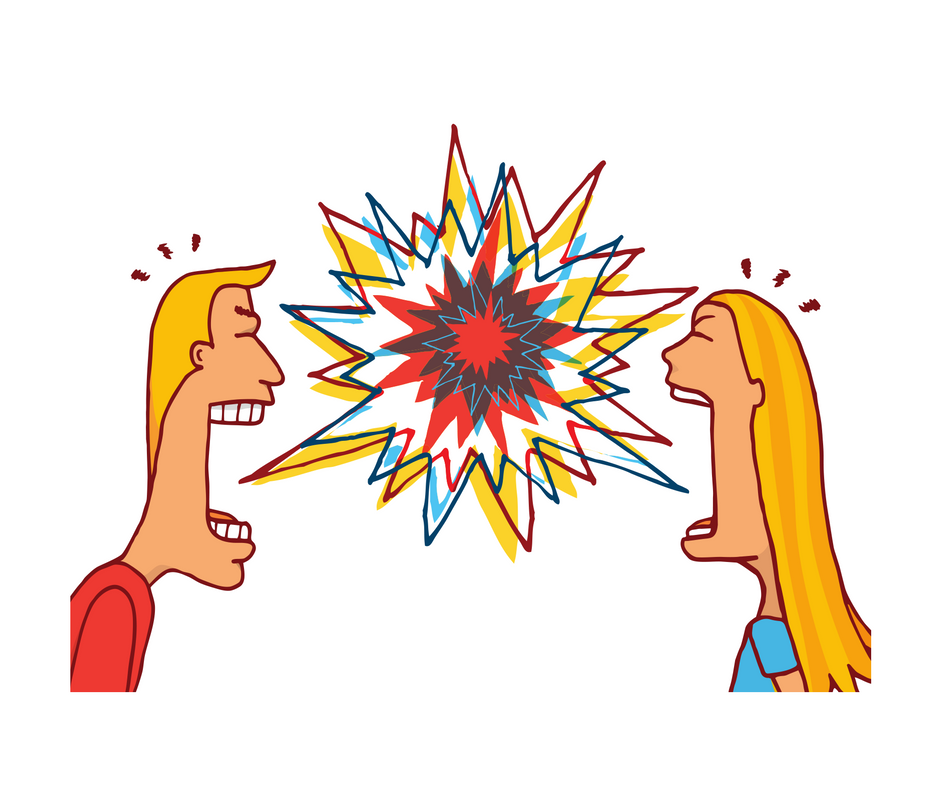 If you are from the Midwest, you know the “House Divided” in the Fall in the State of Michigan. The first month I moved to Massachusetts, I was driving on the street and saw a house with two flags hanging out, a green MSU and a blue UM. I bursted into a big laugh in my car.

The “house divided” is another common issue in the last week after the election. Quiet a few couples coming into my office angry at each other because of the election results.

There are quite a few articles out there to talk about this issue. You can see the link below for the two articles for further readings and the authors’ full perspective. I want to add in more ideas here that you are not only unlock this “divided” situation but also turning this crisis into an opportunity to strengthen your relationship.

From Dr. Julie Gotmman’s article, she suggested that it is very important that we “listen.” Remember this: You do not need to agree with each other but you can understand the other person’s perspective. You may not think certain way or feel certain way. However, you can try to understand why the other person feel the way it is.

How do you truly listen? The Gottman method emphasizes the importance of “No problem solving” and “rotating to be the listener.” That is, when you are the listener, you stay with the role as a listener and your spouse is the speaker. Give each other the same period of the time, such as 15 minutes. After 15 minutes, you rotate your roles. When you are a listener, don’t jump into “problem solving” mode, such as “Try to think this way…” or “It’s going to be OK because we have checks and balance in our government.”

Step 2: Don’t Defend and Don’t Criticize
It’s not easy to stay calm when the house is divided. It’s also not easy to listen and to understand while one person “won” and the other person “lost.” It is not about winning or lose. You, as a family, lost when your house is divided.

The article in the Upworthy identified five things to do when your house is divided. I agreed with most of the article.
It pointed out what to do when you are a Trump/Clinton supporter. For the Clinton supporter, reminder yourself that your spouse is not Trump. For the Trump supporter, remind yourself not to gloat.
I want to point this out: for the both of you, it’s not the time to engage into criticism and defense.
For example, when you are the listener, don’t try to do this:
Criticism: “How can you agree with Trump/Clinton when he/she……”
Defensiveness: “How about Trump/Clinton? He/she also did this?”

Step 3: “Is there a personal story behind this?”
This is the step that I push my couples to go further. Remember, if a person is so strongly believe in something, there is usually a personal story, a value, a belief, or past trauma involved.
I joked about this if you, like me, were a student of MSU in 2007, you had a trauma of the “big brother joke” from UM. So, I don’t understand football at all. However, every single Fall, being a proud Spartan, I checked the score to see if my Spartans won.

That’s the same thing about the politics or any other issues in life. We are who we are today often has a story behind it. I learned this from the Gottman method when they teach the couples to unlock the gridlock with a series questions to ask each other. These are the two questions that I found them very powerful:
“Do you have any core beliefs, ethics or values that are part of your position on this issue?”

“Is there a story behind this for you, or does this relate to your background or childhood history in some ways?”

By doing so, you unlock yourself from “defense/criticize” position and really understand your partner’s personal beliefs and values and stories behind it. You never know, maybe there are certain things in your partner’s life he/she hasn’t really thought about until you ask this question.

Step 4: Acceptance
The reality is, no matter which candidate won, there isn’t much we can do to change the result but to make the future better. So, whatever you are feeling and thinking right now, accept those thoughts and feelings. DOn’t judge it but know why you feel the way you are feeling by exploring “the personal values and stories behind it.”

As a couple, now that you know each other’s values and believes as well as the personal story behind it, how are you going to incorporate them into your day-to-day life?

That is the most important question to move forward.What are the values and beliefs that we want to establish in our family?

One of the Gottman Method invited the couple to write about “The State of Our Union” togeter. I encourage you to do so now that you know more about yourself and your spouses’ values, beliefs, and personal stories. Write your state of union and incorporate that into your daily life.

Last but not the least: if you find yourself unable to have this type of the communication, think back of your relationship prior to this election. Is there a possibility that your relationship has been deteriorting even befor the election? If it is, seek help! Don’t wait even longer. If you are shutting the other person out on this issue, it is very likely you are shutting the other person out on the other issue that you don’t like to hear about. Please see my reflection on “After the Election #1.”

5 things to do if you feel like you’ll never forgive your partner for voting Trump.

The State of our Union

From Election to Relationship